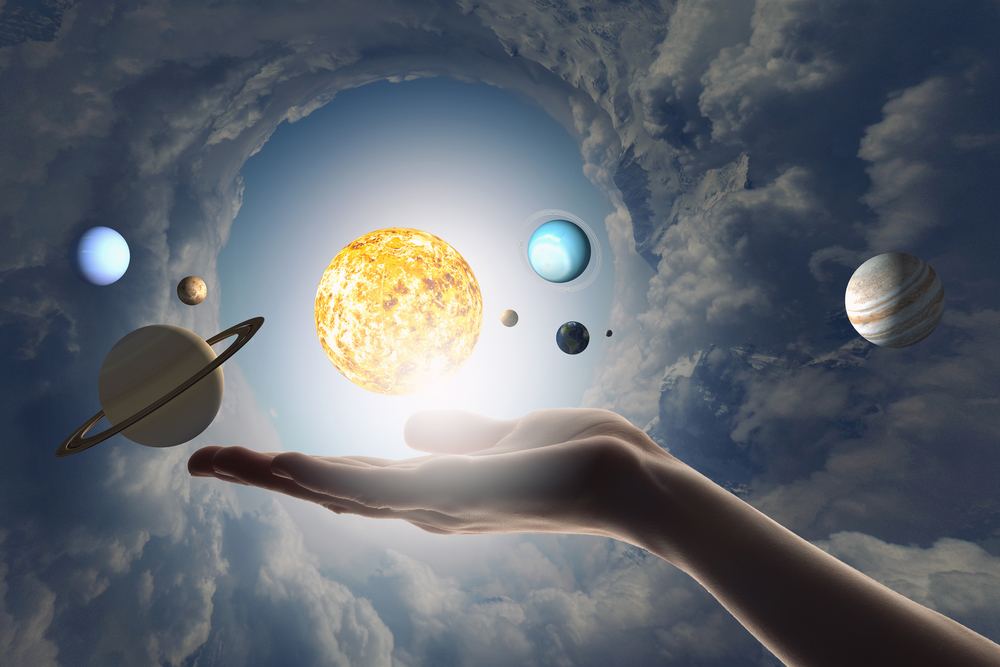 Yes! Astrology really! So many people hear astrology and immediately go to: “well that person must be crazy” or “that’s the woo-woo science, right?” or “well, that’s not real it has no effect on my life.”
Well, I have a different view for you!
Yes, astrology is real, and it is based on scientific methods. Do you see the stars and the moon on a clear night? Does the Sun not shine on a clear day? Do you believe the Moon affects the tides?
Astrology takes and looks at the planets, Mercury, Venus, Mars, Jupiter, Saturn, and includes the Sun, the Moon and the nodes of the Moon, Rahu, and Ketu, at the time of your birth. They have a significant impact on your life and what happens throughout the journey. I know you may still be skeptical but do me a favor and hear me out to the end of this post. Or don’t – you still have free will!
I was drawn to astrology to learn it and to be able to help others receive the insights that I have obtained from my astrology birth chart. If you knew that you were in a tough relationship period, would it make a difference? If you knew pushing through on your career just a little longer would bring the success you had been chasing, would you push through? If you knew you could have a difficult relationship with your mother? Father? But that it was fixable would you want to know?
While the line “it is written in the stars” is very real, we still have the free will to change some of the aspects of our lives, if we take the time to gain the knowledge before it becomes a crisis point in life.
I was working with a client just the other day, and in their chart, it said they could be addicted to alcohol or drugs. They confirmed that addiction did run in their family and that their Dad had warned them about it the whole time growing up. They are very aware of the potential for addiction, and because of that advanced knowledge, they are very knowledgeable and attentive and sensitive to the fact that they need to be sure not to over drink. Their chart just confirmed it even more for them.
I have another client that has been going through a tough time and feels like all the hard work is for nothing. When I looked at their chart, I could see that they were going through a period in life of significant transformation. It was all colliding at once in their chart. Once we were able to talk through it and I explained what she was feeling and that it was a temporary feeling, that there was an end in sight, she was immediately breathing a sigh of relief.
One of my clients just couldn’t tell if they were on the right career path. I looked at their chart and I could see that they were exactly on the right path. Not only for they on the right path by being in the service industry helping people on health journeys but that for part of their career they would be on or near water. Which they were as they worked on cruise ships for a few years.
Another client who couldn’t seem to last in a relationship more than three months at a time, whether it was because they ended it or because the person they were dating ended it. It turned out upon looking at their chart they had been in a tough 12-year period where relationships were not in the cards to last long term. The most recent relationship they had been in, where they could see walking down the aisle, had seen having kids with the person, ended during a Venus retrograde. A time of reflection when it takes resiliency to push through/ work through issues or that it ends because it has run its course completely and this was the natural end. There was no logic in why it ended when they explained their situation to me. However, it ended, one person wanting to fight for the relationship and the other taking the easy way out in terms of excuses. The planets played in. The person’s chart was not at the point of really bringing a relationship into their life.
These are just a few examples of what astrology can show you. When you have the self-awareness, you are better able to move forward on your journey and better equipped to deal with any ups and downs that come your way.
Why would you not want insight and foresight on your life?
What could you shift if you knew? What would make more sense finally?

Reach out to me if you are interested in a birth chart astrology reading! Below is what one client had to say after working with me.

“I received an astrology reading from Elizabeth. She was quite knowledgeable and patient. She walked me through my chart and gave me some really valuable insight. We focused on areas of my life where success comes naturally, but also areas that may be challenging. The feedback was amazingly accurate and seemed to uncover destructive patterns I always knew existed, but lacked the strength and courage to acknowledge. Our discussion touched on some sensitive topics and was not always pleasant, but she emphasized with compassion that knowledge is power to transform. Her work has helped me to understand and embrace difficult areas from a new perspective. I would highly recommend Elizabeth for anyone going through a life transition or simply not feeling aligned with the universe. She is an expert that can give you perspective and knowledge to move forward.”  – Stefan Bartl – California